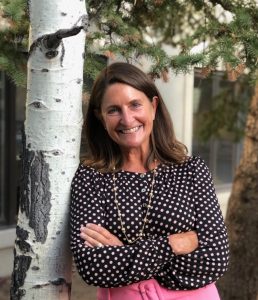 Betsy Hays is currently responsible for planning, organizing and directing all of the Mount Evans Hospice stewardship and fundraising efforts as the Director of Resource Development.  Betsy was the Membership Director for the Evergreen Chamber from 2008 to 2011 before becoming the Development Director for Mountain Area Land Trust.  She then handled the events for the Downtown Business Association before becoming the President of the Evergreen Area Chamber of Commerce. 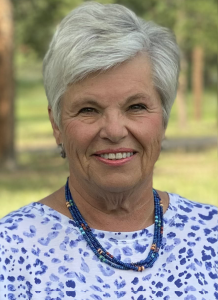 For Linda Kirkpatrick, volunteerism has been a passion in her life for many years.  Linda was instrumental in establishing a staffed ambulance facility in Evergreen by raising $150,000 to purchase the land, rezone it and then erect the building back in 1983 – 85.  In 1988 to 1990, Linda brought the Bootstraps organization back from near closure helping to put it on firm financial ground.  Linda was a co-founder of Leadership Evergreen in 1995 creating the first curriculum, forming the first board of directors and raising money for startup and scholarships.  In 1995, Linda co-chaired the campaign to raise $200,000 to Save Noble Meadow, including the site for Buchanan Rec Center and the neighboring ballfields.  She then coordinated the Evergreen Land Community Coalition effort to acquire land for the expansion of Buchanan Park from 4 to 66 acres.  Linda later worked with ELCC on a community campaign resulting in the creation of the 17-acre Stagecoach Park. 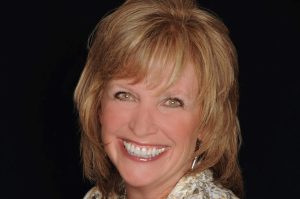 Linda Lovin was the founder and owner of Lovin Books and Music from 1995 to 2001 in which time she brought in many national and local authors for the community to meet.  After selling the store, Linda worked in the community as a teacher at both Rocky Mountain Academy and then Evergreen High School where she was named the Teacher of the Year.  Linda then worked as the Donations Manager in 2013 at Mt Evans Hospice working to create their endowment program.  Linda acted as a job coach for Evergreen Christian Outreach in 2012-2014, served on the boards for Center for the Arts Evergreen, Evergreen Chorale, Ovation West and the Rocky Mountain Literary Festival.  Linda has been involved with Evergreen Rotary for many years, she is a graduate of Leadership Evergreen and she currently sits on the Jefferson County Library Foundation Board. 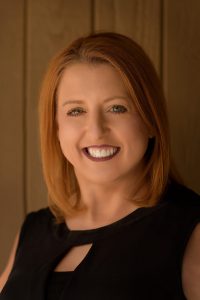 Susanne Robert, CPA is owner and managing member of the Robert & Associates, LLC certified public accounting firm in Evergreen.  She is an active member in the Evergreen Chamber of Commerce since 2008, currently serving on the board as the treasurer and was awarded Ambassador of the Year in 2018.  She is the past treasurer and current member of Women of Evergreen Business, the past President and current member of Rotary Club of Mountain Foothills and is the current Treasurer of the concert series, “Boogie Benefits” which raises money for local nonprofit organizations.  Susanne is also a volunteer financial consultant to Resilience 1220.